Many thanks to Brian Gleeson for his report and photos.

Cleveland Wheelers Cycling Club held their annual start of the season Hilly 21 time-trial race around the Stokesley area on Sunday. 62 riders had entered the competition which started at Stokesley and travelled up to Hutton Rudby against a strong wind, but then returned to Stokesley along the A172 with the wind behind them. The race then turned south towards Great Broughton, Ingleby Greenhow, Battersby, and Easby to finish just before the junction of Battersby Avenue and the A173 Stokesley-Great Ayton road, having first negotiated the flooding on Battersby Avenue.
After the first few riders, an early lead was taken by 18 year old Espoir rider, Jake Stephenson ( Triology Manhealth), in a time of 50:14 and this was held for half an hour before Rob Carter (Cleveland Wheelers) pipped him by 9 seconds. Richard Lilleker (Cleveland Wheelers) then beat him by 1 second. The faster riders began to arrive with Euan Sanderson (Cleveland Wheelers) taking the lead with a time of 49:36, before Marcel Schubert (Darlington CC) arrived 5 minutes later to take third place in 46:31. Five minutes after Chris Smart (GTR- Return to Life) finished to take first place in a time of 46:10. Second place went to veteran rider Keith Murray in a time of 46:39.
The fastest lady rider was veteran Anna Turvey (Drag2Zero) in a time of 50:22 with veteran rider Kate Sanderson (Cleveland Wheelers) in second place in 1.03:19. 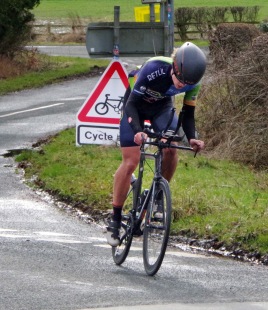 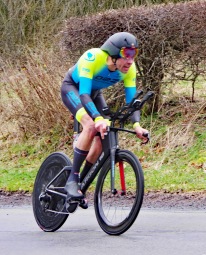 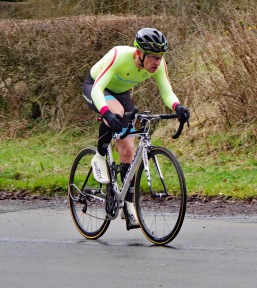 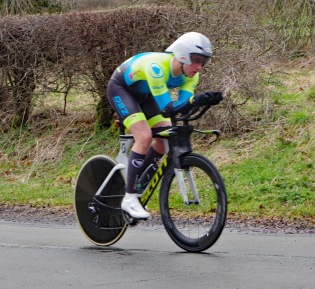 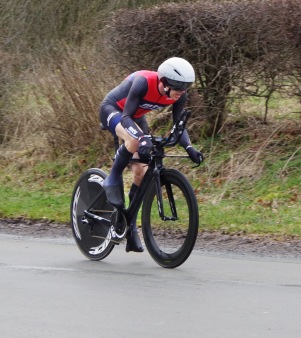 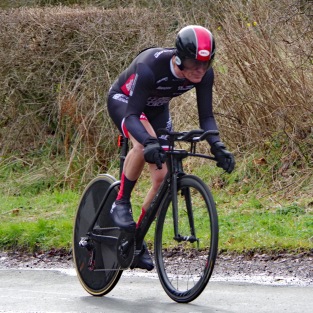 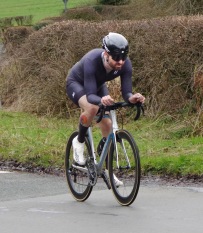 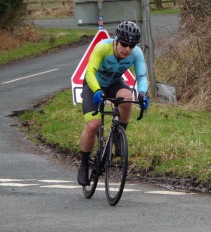 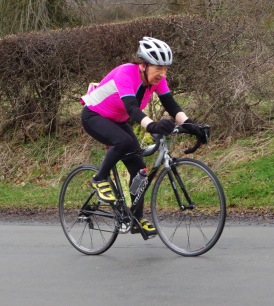 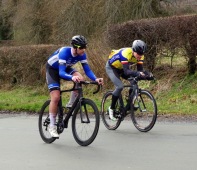 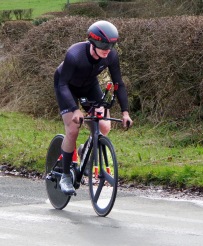 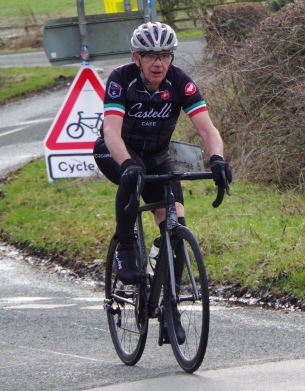