Firstly, I would like to say, thank you for the responses from all the parents who got back to me regarding my previous email. I appreciate that you shared your opinion and thoughts on our sessions potentially restarting at Middlesbrough Sports Village (MSV). I’ve had lots of messages asking for an update so, hopefully, the information below will answer a lot of your questions.

END_OF_DOCUMENT_TOKEN_TO_BE_REPLACED

League 2000 continues as strong as ever. This week saw the latest round of the current season and we were blessed with lovely weather, though with a tough breeze down the home straight.  Here is a brief photo presentation of the various aspects of League 2000 and at the end is a link to the full photo album of almost 250 action shots. Feel free to download any that you want for your own personal, non-commercial use.

This was tricky on the night with the wind constantly blowing the cones around keeping organisers and competitors on their toes.

Again, the wind made for difficult TT efforts, the riders getting a flyer down the back straight but then riding into a gale uphill in the finishing straight. 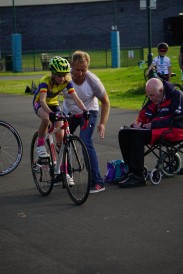 On-track rivalries are always put aside and L2K is a great chance for the kids to meet up with their like-minded friends. 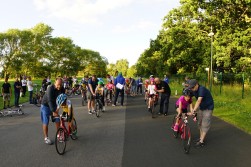 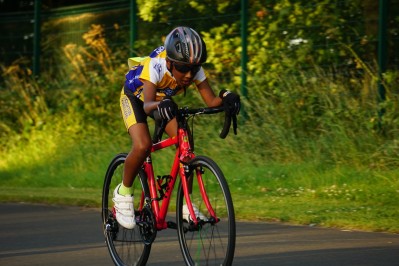 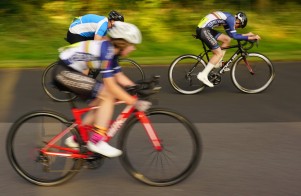 As always we’re indebted to all helpers, be they club officials, conscripted marshals or helpful parents. None of this would be possible without them. We’re always on the lookout for more willing helpers.

The full album from Monday’s event is here. Feel free to download any photos that you want for your own, non-commercial use.

Comments Off on League 2000

A photo gallery of a few highlights from tonight’s League 2000 event down at Middlesbrough Cycle Circuit.
Open to children of all abilities from age 3 to 16, it consists of a skills course, a time trial and a series of handicapped road races. As you can see from the photos it’s loved by everyone (including the parents) and it’s a great way to spend a summer’s evening. Not only that, but it literally has been the starting point for champions! 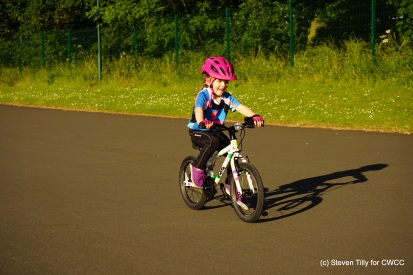 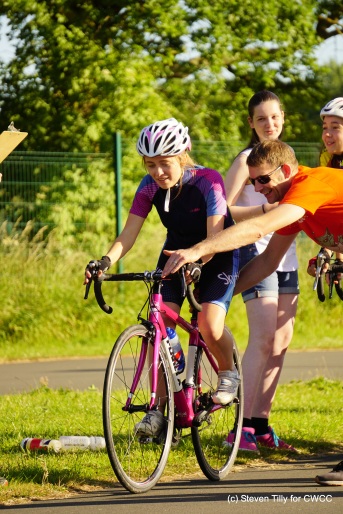 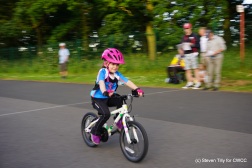 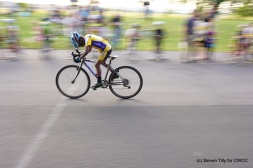 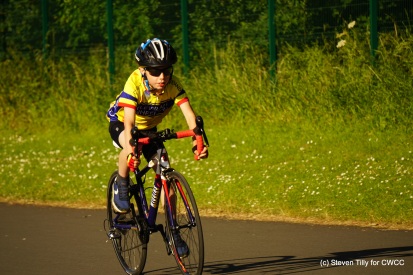 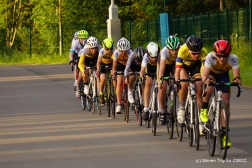 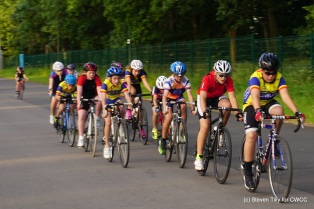 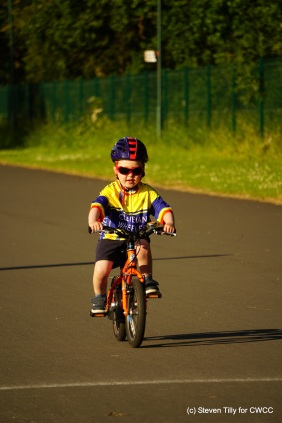 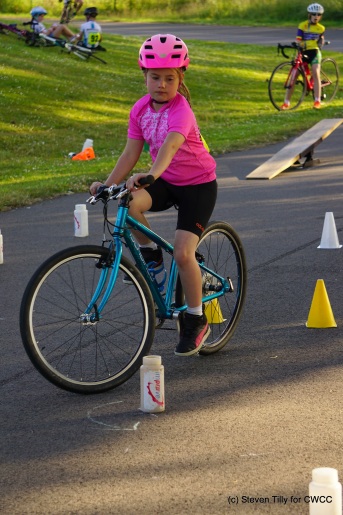 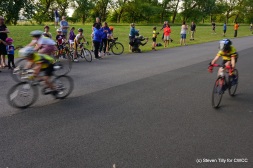 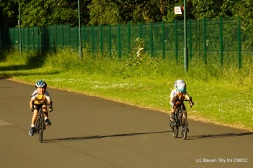 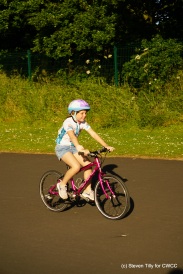 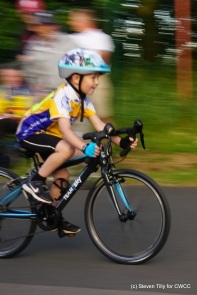 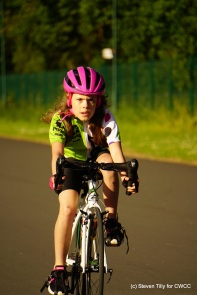 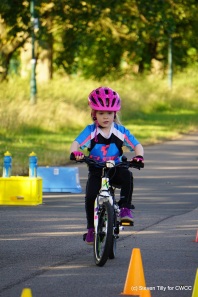 Feel free to use any photos for your own non-commercial use.

Comments Off on League 2000

We’re not blessed with many evenings as lovely as last night, but regardless of the weather participation this year has been extremely good, averaging over 80 children per week. You can see by the look on some of the smaller ones’ faces just how much they love the event.

Helpers
Rachel from Stockton Wheelers ends up helping almost every week, despite also competing herself. We’re indebted to everyone who helps out at the event. 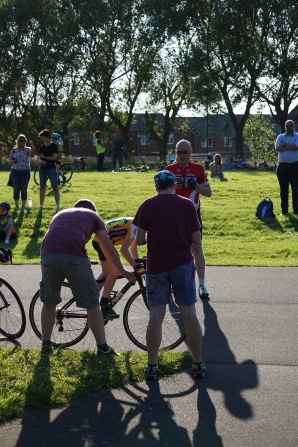 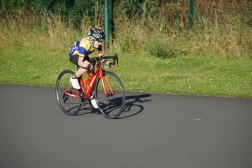 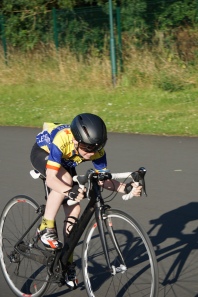 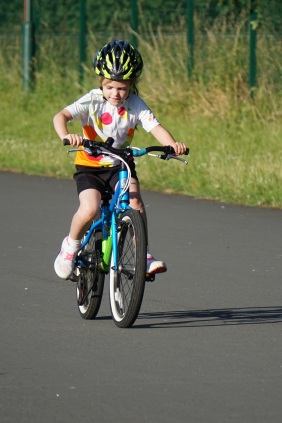 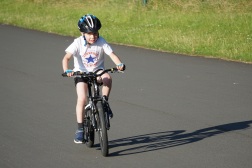 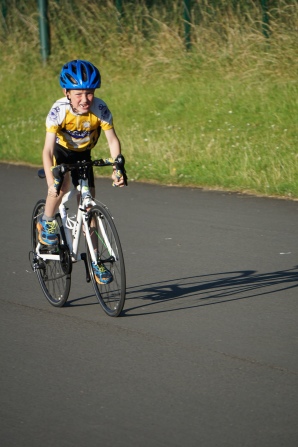 Timekeeping
Wheelers’ legendary timekeeper Bill keeps an eagle eye on proceedings. Bill times at League 2000 every week, as well as the CWCC evening series and most of our open events.

Lewis waiting for his race to begin. The 5 lapper is the last event of the night. 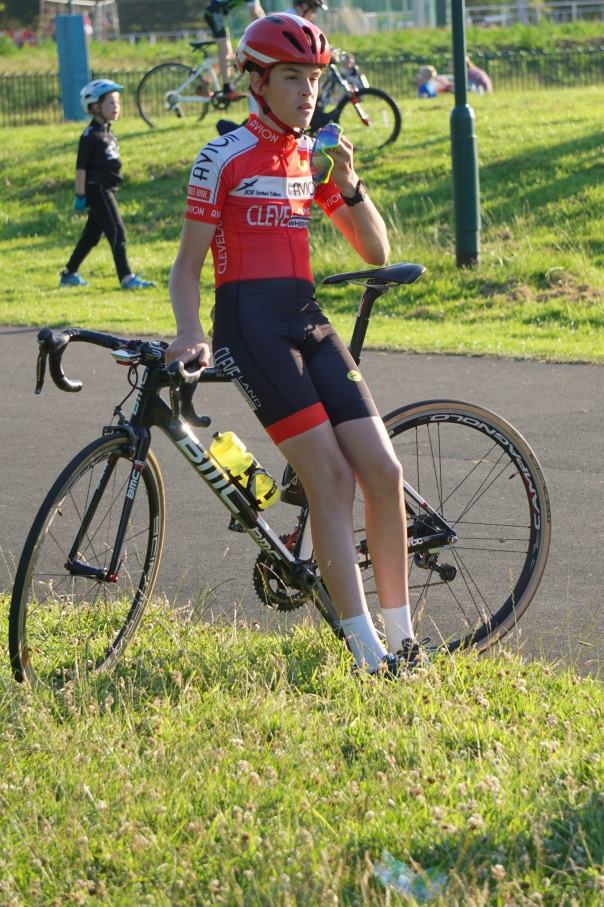 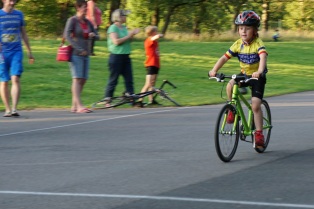 Get yourself along to the next event, we’d love to see you there.

Many people are very familiar with League 2000 but equally there will be a lot who don’t know what it’s all about, so this is by way of explanation and also a photo journal of a typical night at L2K.

Basically, it’s a kind of stage race held at Prissick over the space of a few hours covering 12 Monday evenings from April to August (roughly, but not exactly, every 2 weeks).
There’s a skills course, a time trial and finally a handicapped road race (your handicap being based on your TT time), with points awarded for each stage to give an overall score on the night. These scores are added up week by week over summer to give an overall league table. Naturally, being open to children aged 4 to 16+, the league is split into age categories.

League 2000 has been running for over 20 years now, bringing pleasure to up to 100 children per session and being the launch pad for many of the region’s cyclists. It would not exist without the dedication of its full-time organisers and their on-the-night helpers and marshals who are drawn mainly from Cleveland Wheelers and the parents of the children taking part, all on a volunteer basis.

The photo-journal continues below: